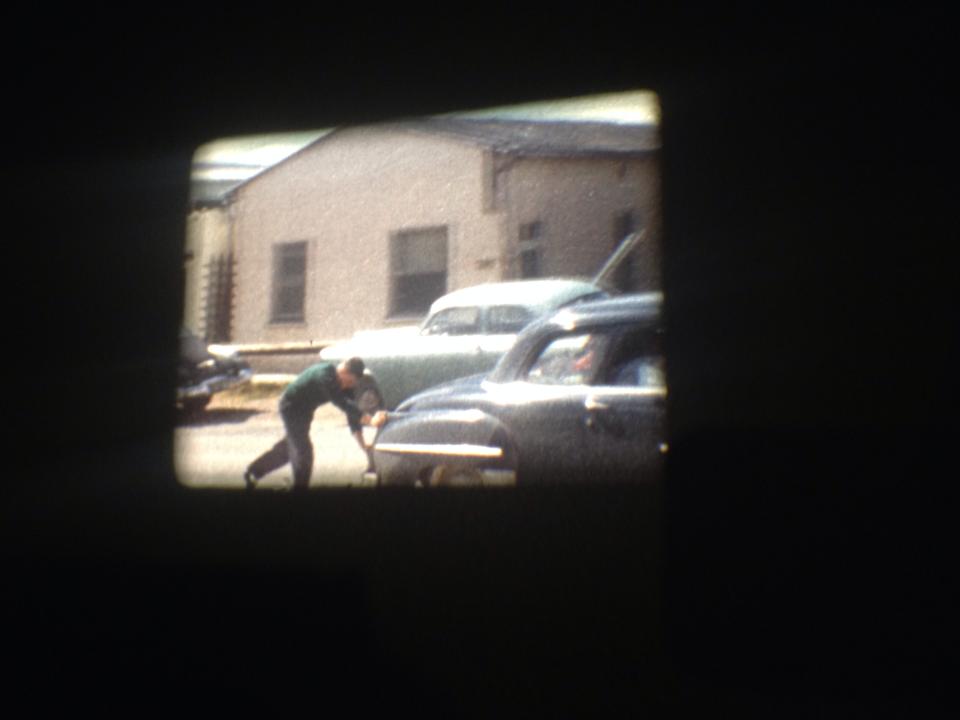 Friday night at the movies.  Time travel, but not the sci-fi kind.

I watched seven rolls of standard 8mm film that my partner brought home from her Father’s house.  The boxes are all marked “Process by” between 1958 and 1961.  When I pulled out the boxes, and saw they were all Kodachrome, I knew I was in for a treat.  The colors are magnificent. 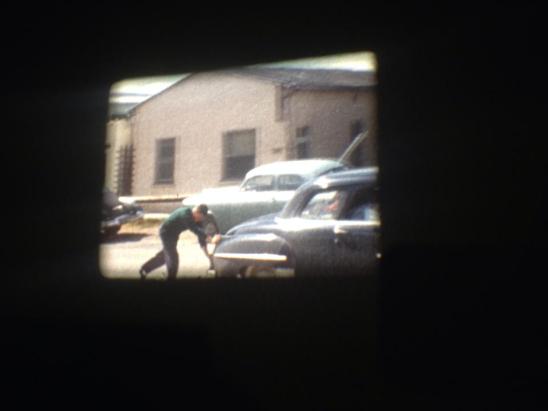 We fired up the projector and stood staring at the white wall.  And for a couple of hours we were time travelers.  We saw her Dad as a young man in the military in Yuma, AZ and in Long Branch, NJ.  And her Dad and Mom holding her oldest brother as an infant. I heard my partner gasp at the sight of her family.

Simple scenes of them standing around with friends, making faces, goofing around.  Pushing a car that needed a push.  We were literally traveling back in time watching them.  Looking at billboards for products and services of some time ago.  It was so much fun to see every car on the street is an old 50’s classic.  A gunfight in some tourist town.  A backyard party.

What to shoot?  It almost didn’t matter.  The time and the medium are the message so much more than the subject matter.  It made me pull out an 8mm Bolex I had lying around, dust it off and load up a roll of Cine-X, the only 8mm film I can get nowadays.

What I shoot doesn’t matter so much as the film is saved for 55 years like the ones we watched were.  I love how they took us back to their lives all those years ago.  It was fantastic, better than most movies I see.