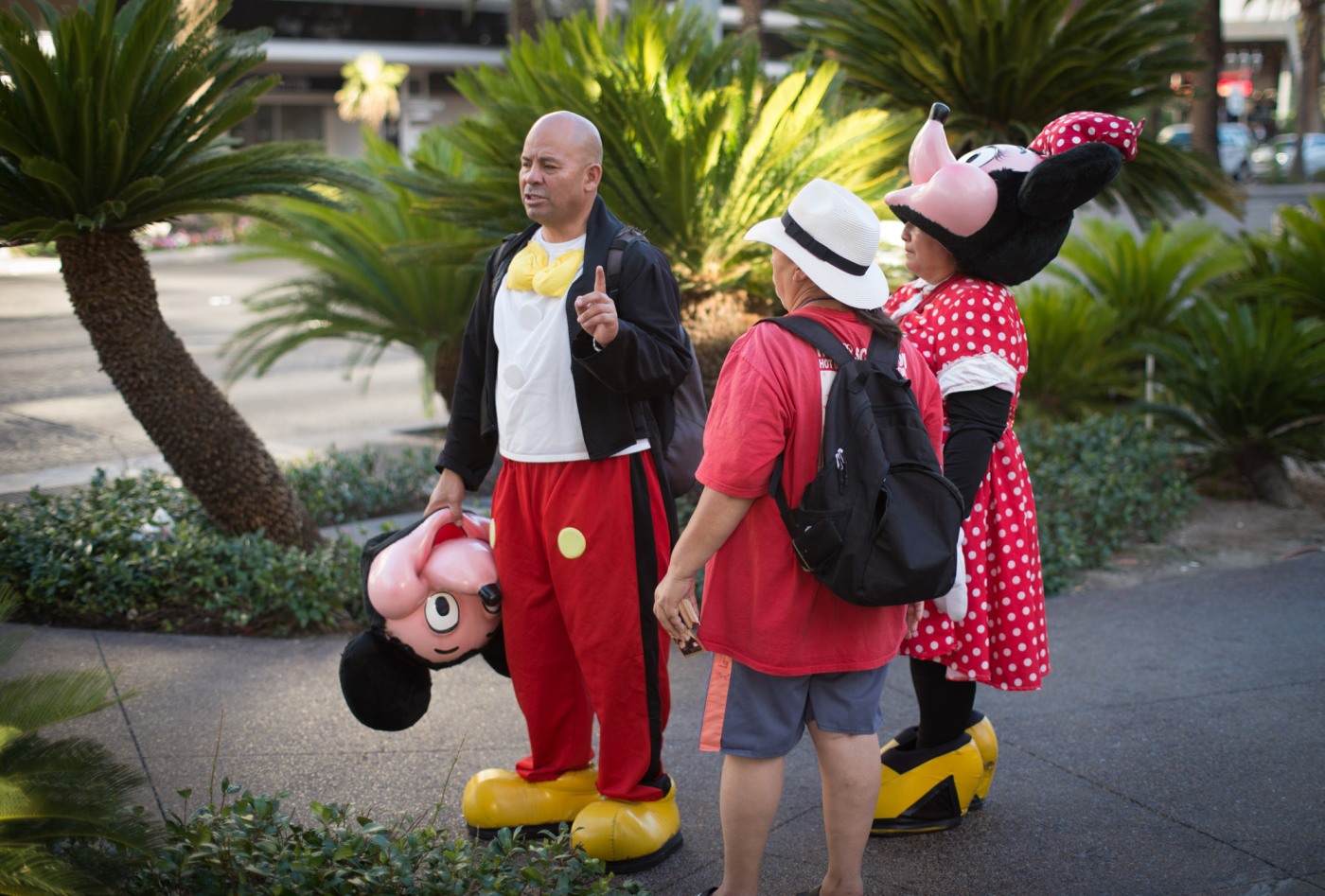 I traveled this month, a road trip from Colorado to California, and if you know me, I pack a variety of cameras.  I don’t go anywhere without at least one Leica.  And I brought a Rolleiflex for some portraits, and at the last minute put a 4×5 camera and some film and a changing bag into the car.

Plus the Nikon DSLR and three lenses, because I knew I would be picking up some freelance shoots in Los Angeles.

So, film, what is it good for?  On this trip, absolutely nothing / listen to me!

Because I was shooting street photos in Vegas and LA, and all along the way through Park City and Salt Lake City, Utah, and the Nikon with a 50mm or 20mm is perfect for that.  Quick and nimble.  Grab shots.  Instantly ready and can keep on shooting.

I came back home and put all the film back in the fridge.  Hopefully it enjoyed its trip.  But I thought about why I didn’t shoot any.  And it comes down to purpose.  I shoot film to MAKE photos.  To create a photo story on film or a portrait.  Film is for those family members and stories I want to make that are the most important to me.

For me, digital is best for grabbing shots–not making them, but TAKING them.  They are in front of me as a documentary photographer.  I’m not one to wait at one location for planets to align–elements to form a perfect composition in front of a mural, for example–that’s not my style of street photography.  I don’t stand still at all–I walk and watch and shoot when something grabs my attention.  When I see a story.  Then I grab a shot.

So, I guess you can tell what happened–I didn’t make any photographs.  I took images of the scenes before me.  Good documentary photos, but not made, taken.

That’s what digital excels at.

A funny photo, a good street photo, but a documentary photograph taken, not made.  I was at the right place at the right time.  And had the reflexes to grab the shot.  But I didn’t create it.  Hence the use of digital medium, not film. (Nikon F610 50mm f1.2)

Film is for, I realize, creating something.  I don’t just pull out the 4×5 and see what catches my fancy.  Not at all.  I have to go out and create something.  That’s what that beautiful large negative is for.  Purposeful photography.  And photographs made on film take planning.  I can’t just show up in a town I don’t know and see something I can make a photograph of.

So, I end up taking photos of the scenes before me.

I’ve been working on some fine art images the last few months, and I realize the difference between a nature photo by an artist Sally Mann and one by a nature photographer John Fielder is that one is made, and one is taken.  To me, there is a world of a difference.

The artist must make something out of the materials at hand.  It’s about vision.  And how they turn their creation into their finished piece.  It may not be literal.  It may not be fully realistic.  Artists are visionaries.  What they show tells us about them.

The nature photographer captures the magic in the natural world, and depicts it in all its full wondrous splendor, colors saturated for maximum impact (and sales).  Technically perfect, bursting with color, nature taking all the credit for the display, the photographer taking all the credit for capturing it.  But it’s not fine art.  It’s commercial art.  What they show is a wonderful display piece in a family room that tells us about nature.

Most people would rather hang a Fielder.  I can appreciate that.  But there’s no denying the mastery of Mann’s artistry.  There’s currently a landscape exhibit at the Denver Art Museum through September 16th featuring a couple of her hand-printed images that are quite beautiful and the exhibit is well worth seeing.

For me, film is Mann.  Digital is Fielder.  One is for making art.  The other for creating a salable product. Mann’s may hang in galleries and museums, and private galleries of those who collect her work, but ultimately, Fielder has the image that most people would like over their mantle in their mountain home.  (If you want one, they’re available at his online gallery.)

It’s just that I don’t have a mountain home.  If I did, and I could afford it, I’d choose Mann’s.  (She’s also made a wonderful body of work photographing her family with a large format camera, and all her work inspires!  I don’t think digital could’ve made those photographs.)

Guess that’s why I bring film with me.  I never know what I may find to make.  And there is an amazing sense of accomplishment when the opportunity arises.   When the picture lends itself to film.  Film photography takes a plan.  I need to make better plans, because next time, I’m sure I will take the film cameras again.

There’s such a joy to making a Rolleiflex portrait.  Or one on 4×5.

Film, what is it good for, absolutely something–photographs I make!  But I have to have a goal and a plan to make them, otherwise, the film and film cameras are just along for the ride.