What are those compared to phone notes?  (For surely, images made on a phone for instant sharing, while quick, aren’t photographs.)

Sarah Meister, curator in the photography department of the Museum of Modern Art, made this distinction and I quite agree with her–a digital image is one that exists, but is different from a photograph, which is physical.  A photograph can be held in the hands and displayed in a gallery or museum.  She said she seeks photographs for MOMA, not images.

So, what is a photographer?  Simple: One who makes photographs.

Who does that anymore?  Where are all these photographs that people are making?  I suspect they don’t exist.

So, then, neither are these folks photographers.  The world of digital imaging made a new platform for showing photos: the internet.  It is certainly a viable way to see a picture, but it is not a photograph.

It would be like calling a PDF file a book.  Or an email a birthday card.  They’re just not.  They’re something completely different. 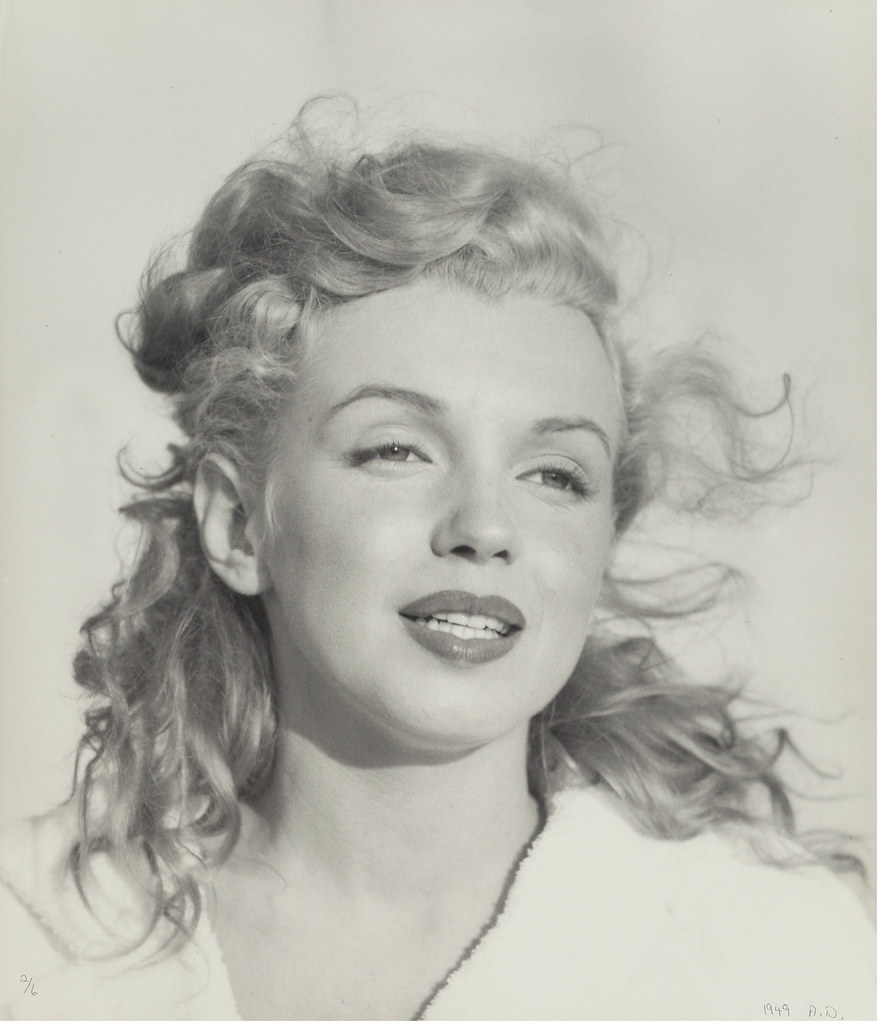 I was looking at a book of photographs of Norma Jeane Baker (before she was Marilyn Monroe) made by Hungarian photographer Andre de Dienes starting in 1945, and the photographs are spectacular.  It appears he was using both 6x6cm and 4×5 view cameras.  The images are technically and aesthetically amazing (and I don’t use that word very often to describe things, as I find most things less than amazing and the word overused.  These are not.)

It’s what a photograph is.

Which got me thinking: What is a photographer nowadays?  In this high-tech, digital world.

And likewise, a phone image or even one made with a DSLR, isn’t a photograph unless it’s printed.

Which again, as far as my circle of friends and family, no one is doing.

EXCEPT…  Except the film photographers–because they know that they are working to make a negative in camera, and without a print, they don’t have a photograph.  They are expecting to take their negative to the next step, the positive print.

Just don’t call them photographers.  It’s the wrong word for what they do.

Why does this matter, what they’re called, or if it’s incorrect?  Why do we care if they’re mislabeled?  Because words matter.

It would be like interchanging the words chef and cook.  There’s a difference.

I am a photographer.  Even when shooting digitally, I make photographs, including this gallery for a client, made up of images created at their events over the past 10 years.  It’s a physical gallery of nine framed photographs.

Likewise, I delivered photographs of a senior portrait session to a client today.  I include photographic prints with all my packages because it’s important that photographs made today are printed and kept for future generations.

Because photographs matter.  They are our history.

And words matter.  They are precise for a reason.  I am a photographer.  Not everyone is.

My work more resembles Andre de Dienes’  than the latest photoshopped, Instagram-filtered sensation of the week.  Andre was a photographer.

The other name, whatever we decide, is not a bad word.  It’s just the accurate description of what is going on today in the image-taking world–pixels captured, and images shared on screens.

Wim Wenders, a renowned photographer and filmmaker (Wings of Desire, Buena Vista Social Club, Paris Texas) recently made a similar point.  “The trouble with iPhone pictures is nobody sees them,” he said in a recent BBC interview. “Even the people who take them don’t look at them anymore, and they certainly don’t make prints.”

Wenders says that though he uses a phone to make record shots and selfies, “I’m in search of a new word for this new activity that looks so much like photography but isn’t photography anymore,” he said.

23 thoughts on “Are you a Photographer? Or a Pixelographer?”