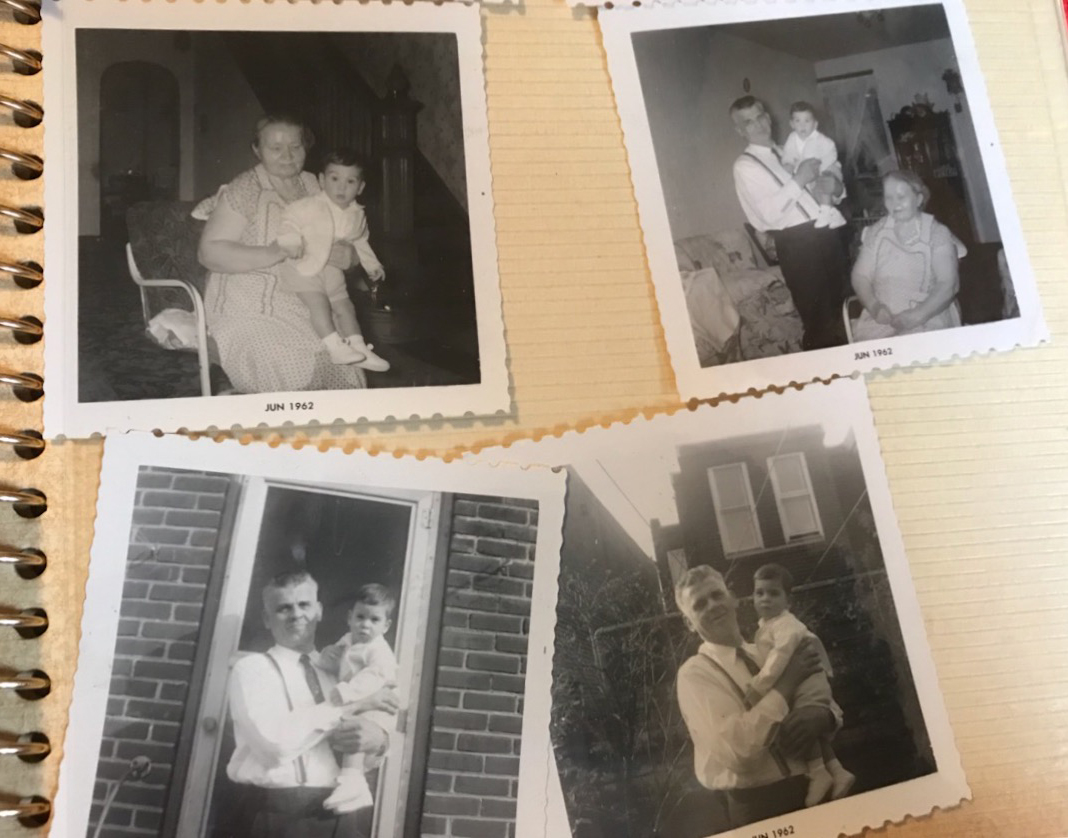 We have plenty of photographs.  What we really need is a curator!

I was talking to my oldest brother, who is in these four pictures below with my Grandpop and Grandmom.  He was visiting my Dad’s house and going through some boxes and came upon these photographs that were in an album, and he texted them to me. 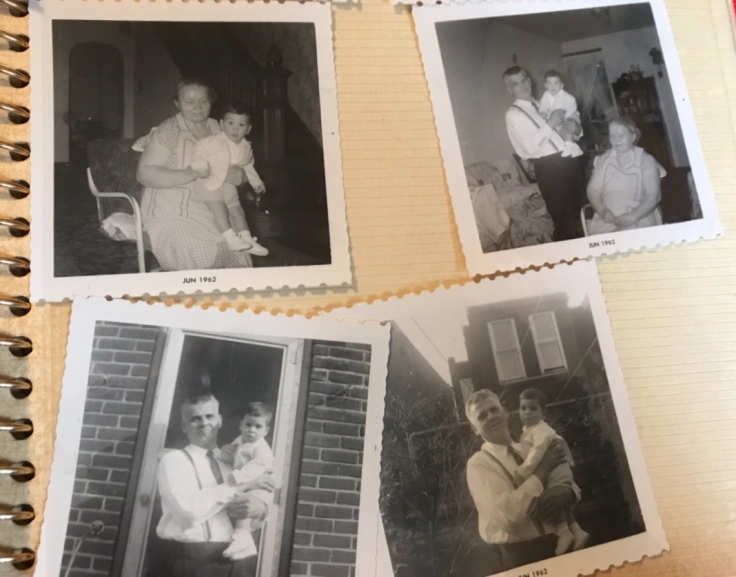 They were fun to see.  I told him.  Then I asked if he had printed any of his kids’ photos, who are all grown and out of college now.  He said he had an iPhoto account with everything in there, plus three backup computer hard drives that he updates every five years, plus maintains the cloud, and he told me how they are making bigger and bigger hard drives all the time.

I said it sounds like a lot of work.  And I asked him in 50 years, who will be opening the box in your closet and finding that iPhoto account and those hard drives and have the ability to access your photos.  He assured me the photos aren’t going anywhere, and his hard drives can hold hundreds of thousands photos.

I asked who’s going to go through hundreds of thousands of photos.  And wouldn’t it be simpler to curate the photos for them?  You can do that by printing your photographs, the ones that are the best that show the family at various ages and places.  And the ones where you look your best.  This is how you will be remembered.

He said there’s no worry, he will always triple backup the photos so there’s no way they can get lost.  And he said film is ridiculous, it’s so expensive.

I asked why he thought digital was cheaper than film, considering the output of time to catalog the “hundreds of thousands” photos, and the cost of hard drives, computer upgrades, even new digital cameras.

He said film is a niche market at best, and that when the automobile came out, there was concern that the makers of horse whips in the horse and buggy days would go out of business.  I have no idea what that means.

Smart people print their photos, so that they can be found in a box on a shelf in 50 years.

Or under a desk at the New York Parks Department, as seen in their Scenes Unseen: The Summer of ’78.” 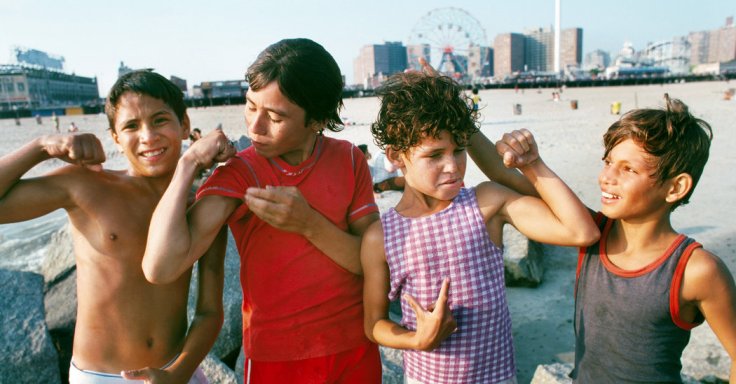 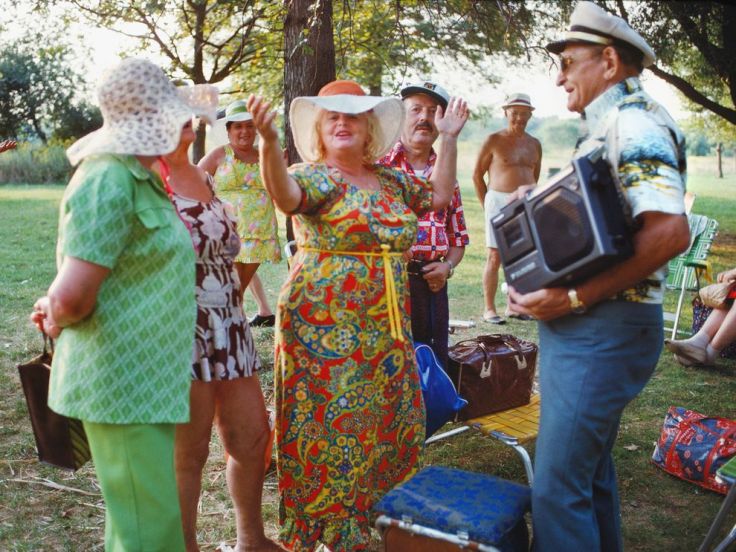 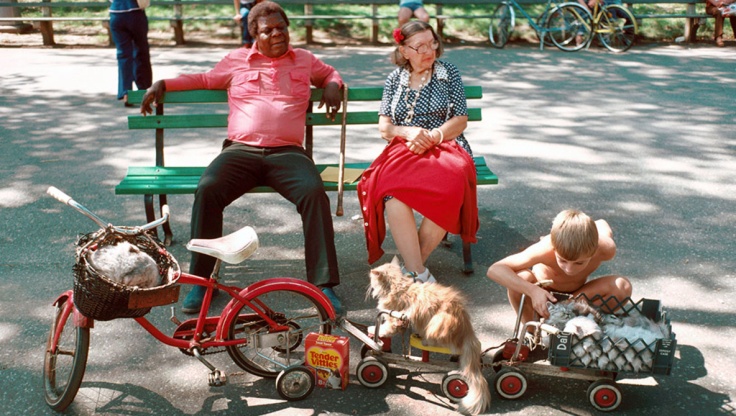 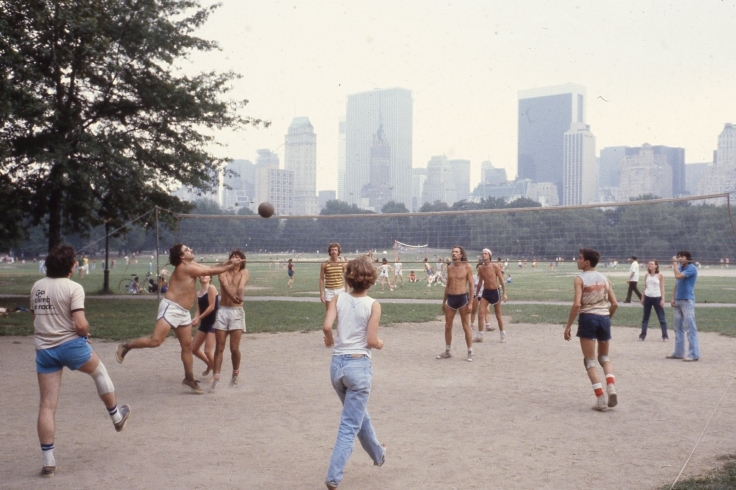 Smart people spend less money on digital cameras (including phones) and cards, software, cloud accounts, hard drives and computers, and more time making photographs.  Less time in front of a computer, and more time with photographs in your home, living with you.

My partner, I gave her a film camera a few years ago for her birthday.  She took some beautiful black and white photos with it, and then, after a few monochrome rolls, I gave her a roll of color to shoot.  She went to an outdoor party, photographed friends and new people she met.  When she was done the roll I said, since I don’t process color film at home only black and white, that I could drop it off for her at the camera store in Boulder.

She said she was going that way, so she’d drop it off.  I said to her to write on the envelope DEVELOP ONLY and that I would scan the negatives for her when she got back.

She came back smiling with an envelope of negatives and prints.  I asked her why she paid for prints.  She said, “I have a bunch of small frames I picked up at yard sales and thrift stores, and now I can put these into them and give them to the people whose photos I took, and I’m done.  No scanning, no computer work needed.”

I told friends what she did and what she said.  I posted this story on Facebook.  People said, “Wow, what a great idea.”  This isn’t a new idea.  This is the history of photography up until digital came along, made it so that everyone was shooting hundreds of photos a day, and getting instant gratification on social media, and printing none.

Time marches on.  Prints last.  Print the photos you care about having last for future generations.

If you’re smart, you shoot film, print your photos and give them to friends, and take the money and computer time saved to go out and get lunch with them.

And photograph them some more, too.

Here’s my Father with his photo when he was 60 years younger.  And also on his wedding day. 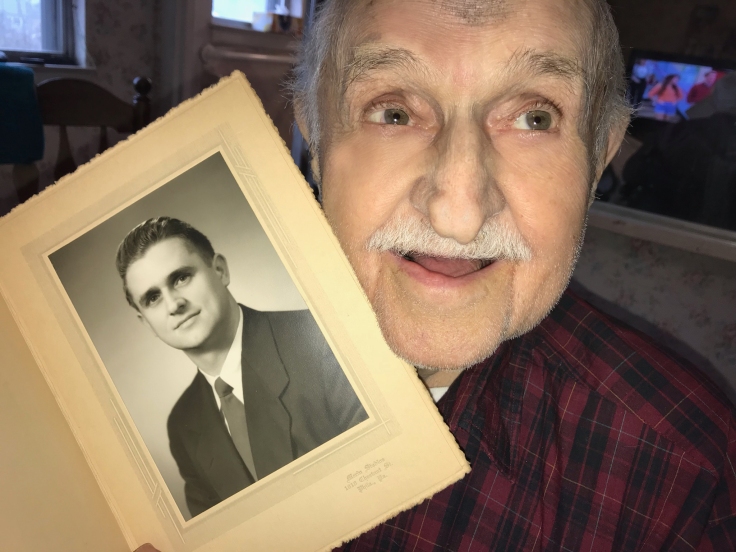 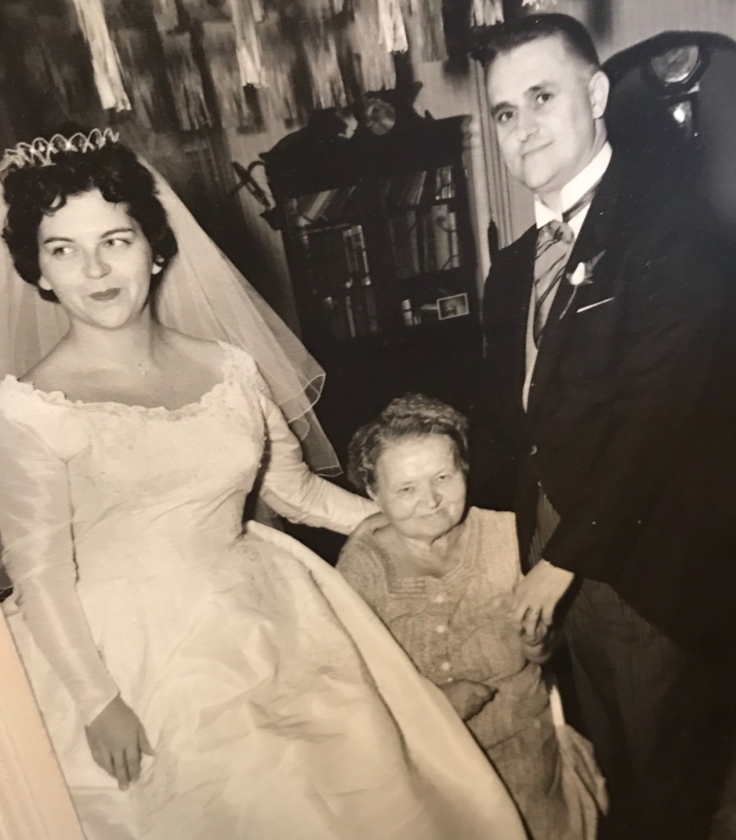 Those photos don’t exist unless they are on paper.

Print the ones of how you would like to be remembered.  Leave your great grandchildren 50 good ones, printed and left in a box to see you as you are–those are the only ones they’ll ever see!