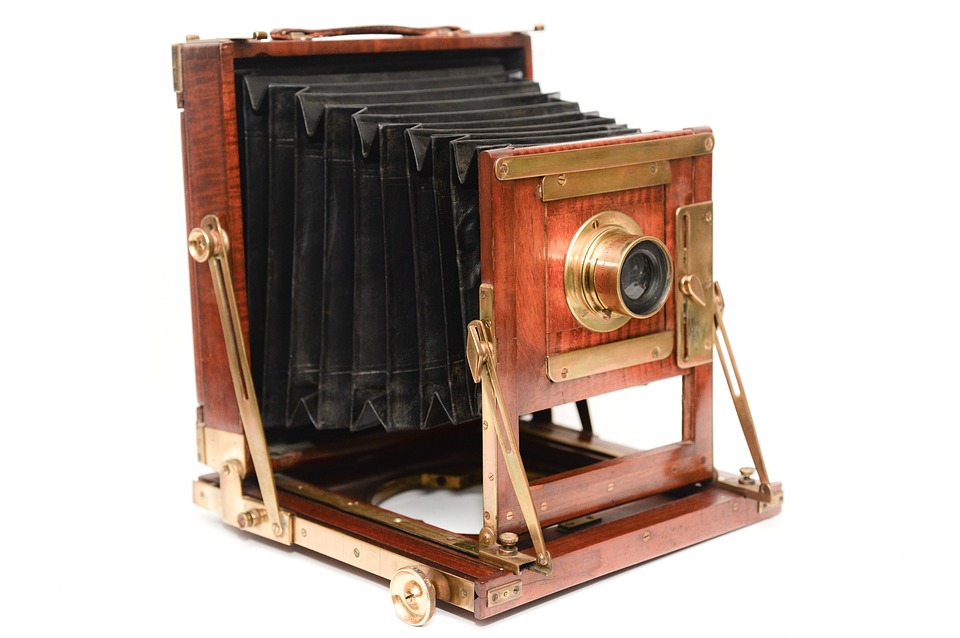 The photographers of days gone past, they used view cameras, those lovely wood 4×5 and 8×10 cameras, which gave them the ability to keep their verticals straight.  Not tilted.  Not leaning. 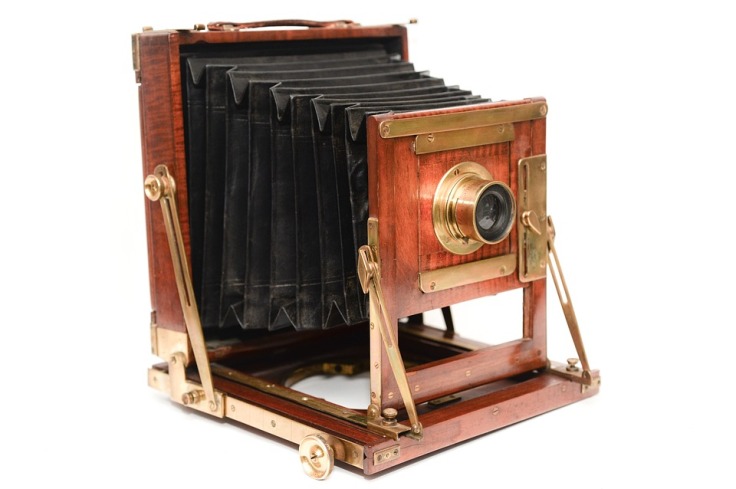 That’s why there is that angled brass piece on the back of the camera above–you can tilt the camera up, then reset the back to parallel.

Look at these photos.  See how all the verticals are, well, vertical?  These were made for the FSA–Farm Security Administration, and they often used large view cameras. 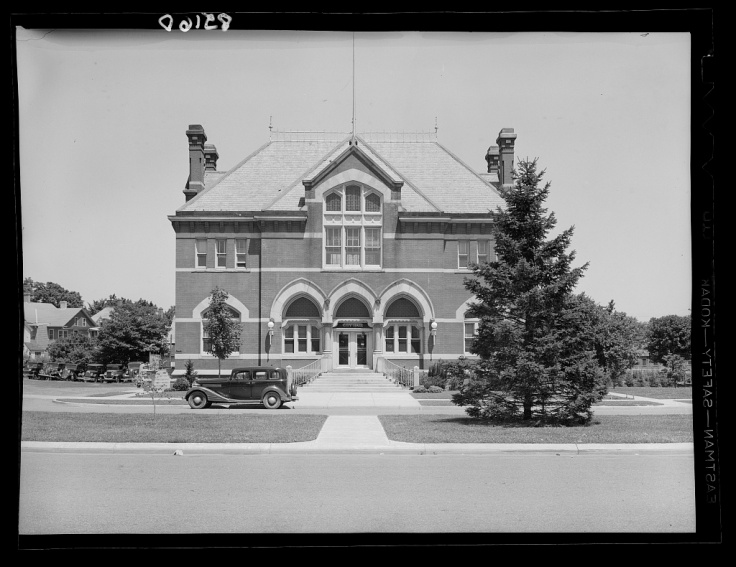 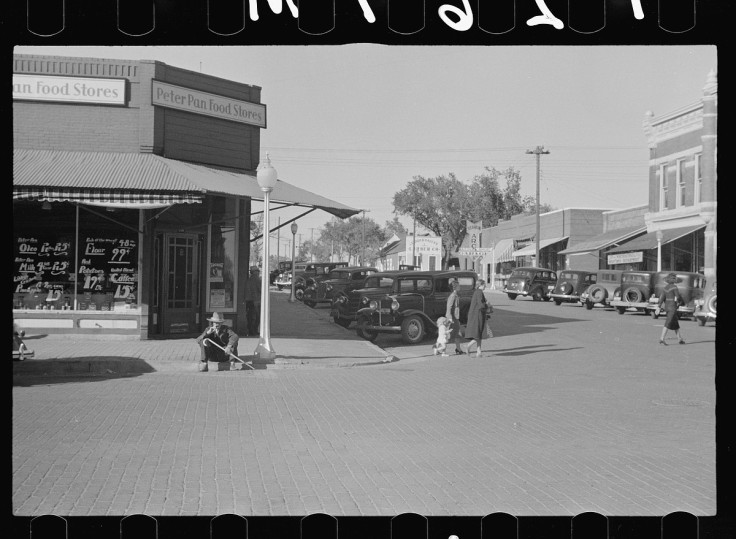 Same with this one.  (This is from the wonderful Shorpy.com web site that I highly recommend.  Click the photos on the Shorpy site to make them load large so you can zoom in on details.)

You don’t see straight verticals in photographs by cameras without perspective control.  But these were made with view cameras that you could control perspective.

Those are a far cry from photos made today, with their tilted verticals. 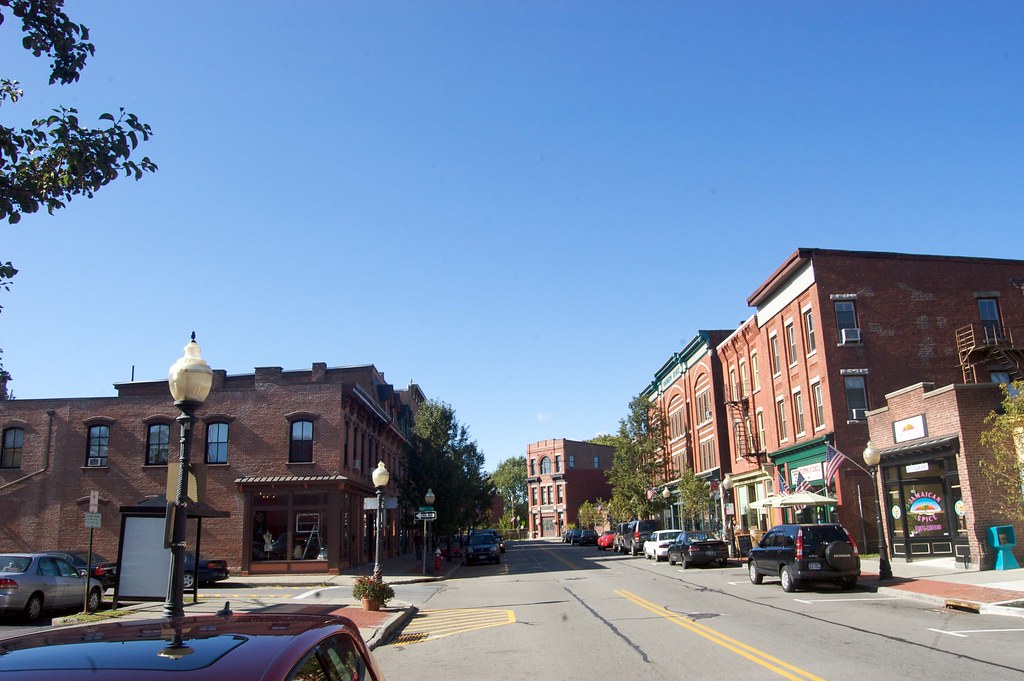 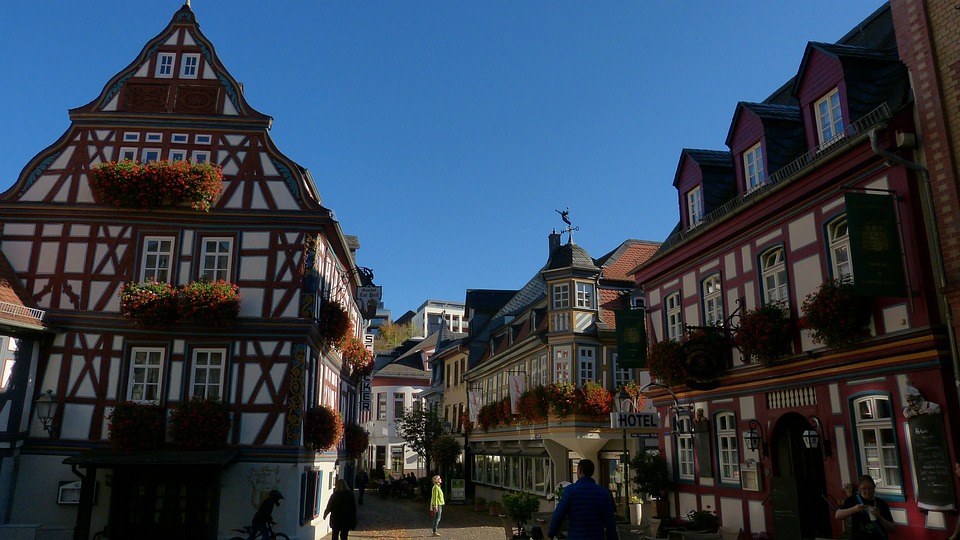 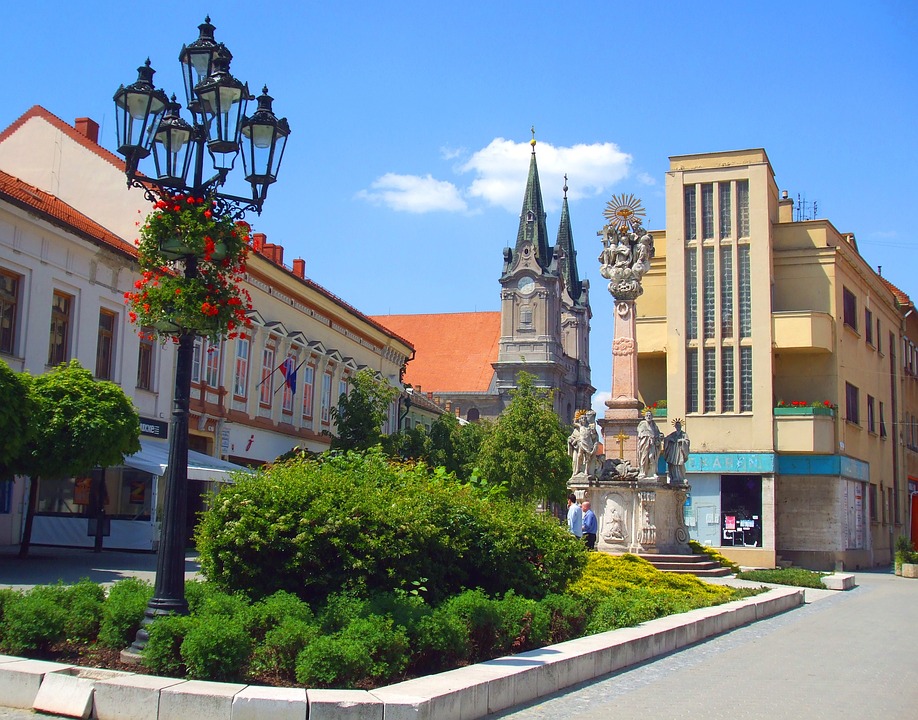 It’s a look we’re used to seeing, but it’s not accurate to the way they are really, and to me, it’s a sloppy representation of the town/building. It’s a record shot, but not much of a photograph.

There’s a time and place for quick and easy and convenient.  But speed and easy aren’t always the best way to document a location well.  And until you see the difference, you might not even know what you’re missing.

If you want to get straight verticals in your photographs, make sure you keep the back of the camera parallel to the subject, even if you have to lower it down or up to make that happen.