I’ve been going out with the Graflex Speed Graphic and Ebony 4×5 with the purpose of making photographs. But not some unknown number of photographs, four photographs.

Can you imagine going out and shooting only four photographs? Just four exposures?

I only bring two film holders. Yesterday, (I’m only two days in), I had fresh Arista EDU 100 and today I shot 2012-expired Kodak T-Max 400 that I’ve had refrigerated for a few years , no idea where it came from.

I use the SP-445 developing tank, and it holds four negatives, hence the four!

I drive in rural parts of Colorado and look for things that catch my eye, that make me say, “I wonder what that would look like on 4×5 film, I think I can make something out of that.”

I like the challenge. My partner says it’s like being on assignment: “Go out and shoot four photographs with this camera.” The goal is hand-printed photographs made in a traditional darkroom for sale at a local art gallery.

I like the road trip. I like the simplicity of shooting black and white in a large-format camera, where I have control over perspective. In two of these photos, I used front rise to get the top of the buildings without tilting up the camera, which would have caused converging lines.

The ability to make photos with such a simple camera setup, and it doesn’t have to be expensive, is so fascinating to me. I develop the film myself–the Arista 100 was about 75 cents a sheet, (It’s up to a buck a sheet), and the Kodak was less, or free, as I didn’t buy it, it must’ve come packaged with something.

So, the most it costs me is $3/day for film, maybe another $1/day for processing. You can’t say large format photography is too expensive to do. If you’re shooting black and white, and doing it yourself, it’s terribly cheap, and you get these results.

I am a firm believer in the muse, that it absolutely exists, but it has to find you working.

For me, I need four photographs, four subjects. That’s what I need when I hit the road , so that’s what I find. The requirement makes it happen.

The well-known art photographer, Francesca Woodman, used to shoot several rolls of film a day while at Rhode Island School of Design because it was required.

It’s amazing what an assignment can create. It created these photographs that otherwise wouldn’t exist. And I’m only two days in. 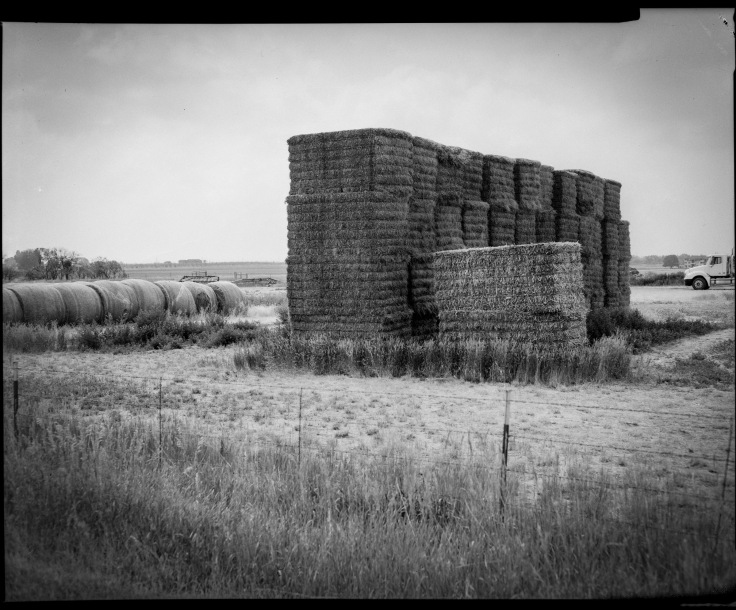 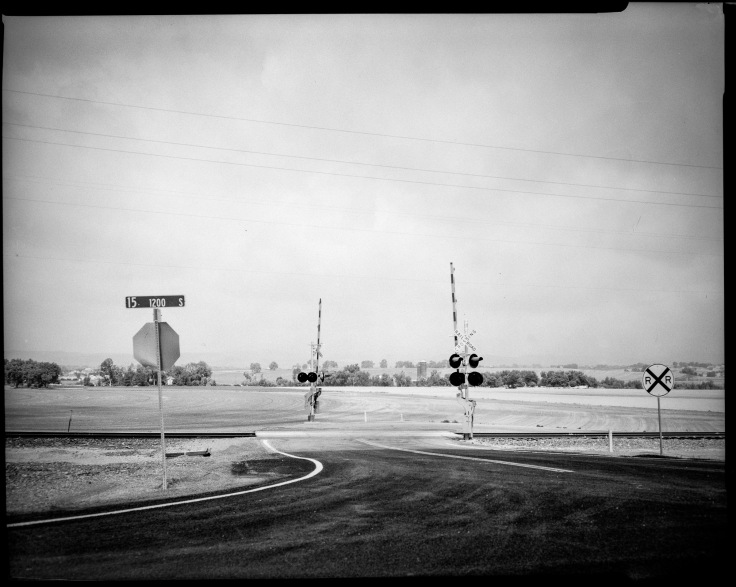 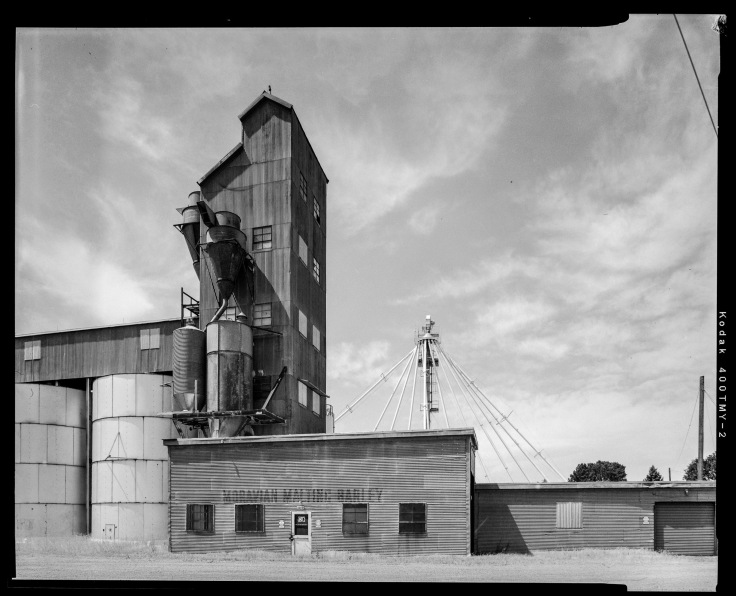 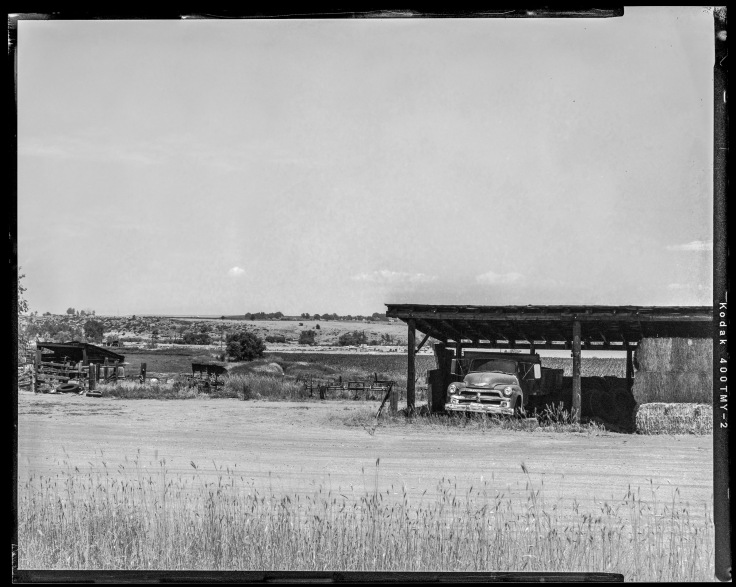