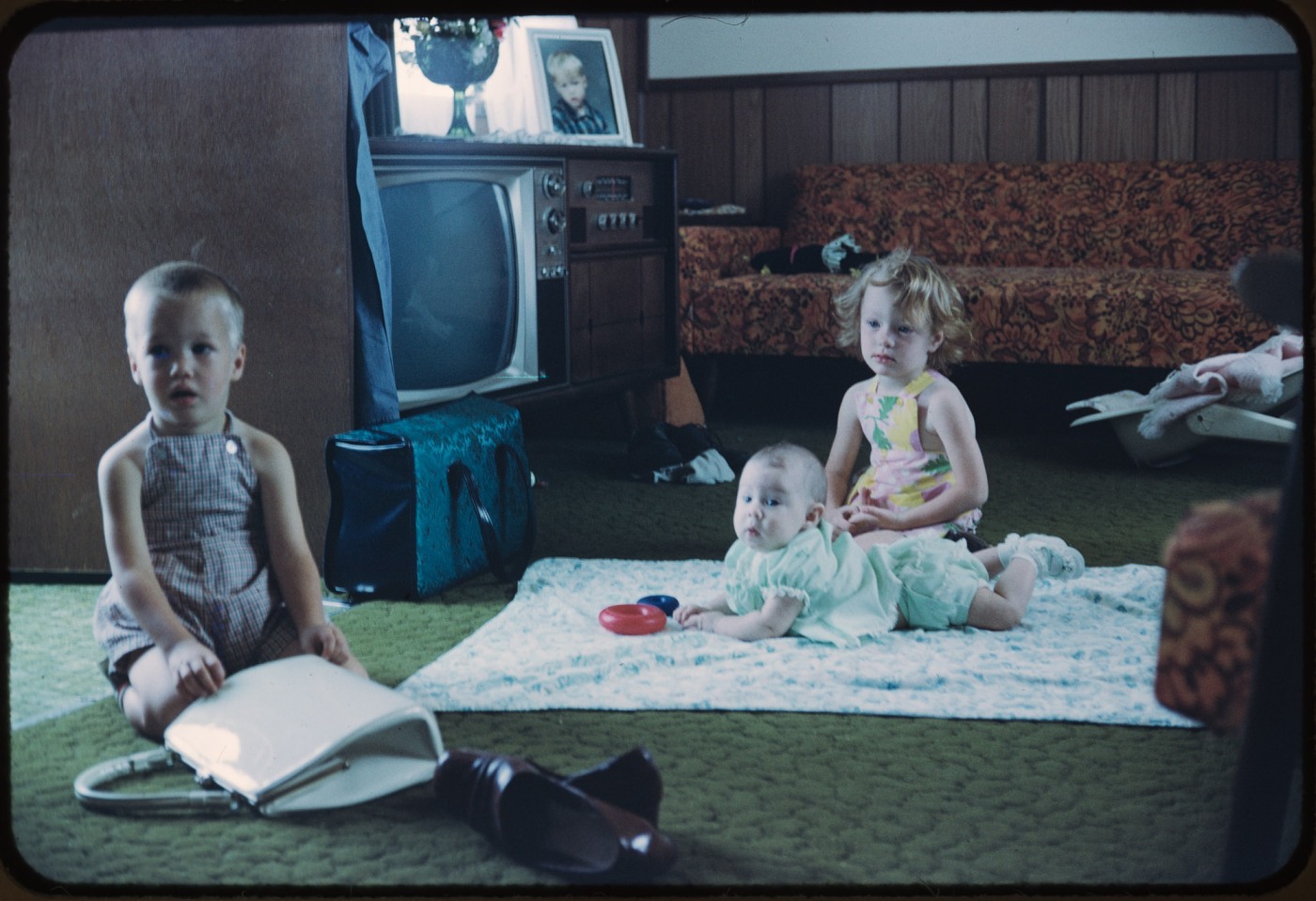 A snapshot used to be a simple thing. We used a camera to save a moment from our lives to tuck it away under the bed in a shoebox or in a photo album, so that we could travel back in time at a future date and relive it. We even did it shortly after the moment since with film, after much anticipation, we had to wait until the roll was finished and then send it off to the photo finisher, the lab, for development.

Like the old Fotomat! A drive-thru film lab. Now, the waiting is gone, but…was the waiting perhaps the best part? The waiting removed us from the immediacy of the thing so we could look back at the moment with fresh eyes.

That versus a photo you just made, there’s no real joy in seeing it right now, is there? Look there’s a deer–look at the screen, shoot it, got it. What’s there to look at? You saw it in the making. It looks just the same.

The cinematographer Bruno Delbonnel who shot the Coen Brothers’ The Ballad of Buster Scruggs, commented that when shooting on film, dailies in the projection room were a thing of magic, you looked forward to seeing your work on screen. Because you were removed from it. There was something to see. But with digital video camera, there’s no point, you saw it when it was recorded. There’s no magic. Go home, get some sleep.

Now there’s no shoebox. No photo albums. No going back in time with the snapshots, since no one is gathering around the computer to look at old photos. No one is downloading their images from the cloud before the guests arrive for dinner.

We’ve gone from a photograph as a memory to an image as proof–“Here I am today. Here’s where I went. Here’s what I got.” Look at me, a selfie world.

This image is proof. I was here. I had this. I am making this image (not a photograph since a photograph is something real, tangible, that you can hold in your hand). I am sending this image out to everyone to glance at, to see I was here, I did this, see for yourself, to promote my image.

We used to make photographs that weren’t shared with the world. They were for our family, visiting relatives, friends and grandchildren. Now, the audience has changed, Instagram followers come from around the world.

What changes when the audience changes?

Now, who are we making the photographs for? Robert E. Jackson, a collector of snapshots, makes a point that “that image taking has gone from being about the “we” of our society to being about “me”.

Are we taking photos now to save memories for our families, or are we doing it to brag about our own lives? Which audience are we serving? Who are these images being made for? Why are we doing it at all?

If an image goes out to our Instagram and our family sees it, that’s one thing, but what if our boss sees it because they are also following, does it change what we put out? Maybe a future employer? Do the photographs become safer, less personal? Do they take on an agenda? Are they now promotional? Somehow looking to showcase how great we are, or how good we have it? Make sure we look perfect?

What about the mistakes that are deleted immediately? Some of the best snapshots in Jackson’s collection are the mistakes, the outs. A friend of mine commented that she doesn’t see anyone with blinked eyes anymore, they’re all gone before they are even seen.

What are we doing with photography? Social media has made it so that the screen-platform is now the form that images are shared on, for a second or so, til the next swipe. We’ve gone from pictures at home in albums and picture frames, and large framed photographs in museums and galleries, to our phones and tablets. What used to be a shared experience is now a solo one. And quick. Can you really appreciate Robert Frank’s The Americans photographs on a phone screen? Do they have the same impact? Any at all?

We have certainly gained immediacy, and the pat on the back that we all seek in the form of a LIKE or a HEART. I don’t know if these images will be storytelling to our great-grandchildren in 50 years, that they will depict a true sense of who we are but they will communicate the “look at me selfie world”, what we had and what we could show off.

It’s not like we can’t go back to making photographs for our families–we’re the ones who choose. We can still buy film and film cameras are cheap–visit any thrift store and you can often find a point and shoot or SLR. We can still make photo albums and print photos to put into frames in our home. I do it all the time. The frames are almost at giveaway prices at yard sales and flea markets–25 cents to a dollar. We can even shoot with our phones and digital cameras, just so long as we print the photographs and display them so that we can live with them, not just glance at once.

I think the immediacy of image making has changed the form altogether. The combination of digital photography and the internet has gone and taken photography in a new direction from where it was and used to be. It happened very quickly, all at once. I wonder what would have happened if their existence–digital imaging and the internet/smart phone–didn’t coincide?

What used to be the actual light that was at the Grand Canyon, the rays of sunrise shining on our grandpa’s face and recording his image onto the film that he held in his hand and loaded into the camera, now computational photography makes images including parts that never even existed. The computer inside the camera nowadays rewrites elements, blurs backgrounds, calculates the way the image “should” look to make it “better”. AI, artificial intelligence, can make any scene look like it’s right out of a magazine advertisement. Have you seen wedding photography? It all looks the same, overproduced, like just what the art director ordered.

But what’s it matter, we want to be bigger than life, right? We want to showcase our lives, after all the whole world is watching.

As a culture and a society, are we happier now? Because to see our images, of us living the dream, one would think so. Sure, we’re only seeing pictures once for a split second, and no one is printing photographs, but we’re fine. We have more coming soon, get your LIKE button ready.

“Look, there’s a new camera coming out on the new iPhone that’s supposed to make everyday a day at the beach!”

I’m sticking to making photographs, the ones that will be printed on paper and lived with in my home. Not for the world. Not for my business colleagues (who I love, but not to share my personal world with).

Not for anyone who wouldn’t be at my home for dinner with me–family and friends. That’s who I make photographs of and photographs for. That, to me, is what is most satisfying about photography, when we get to share the moments and go back and revisit them after a while, once the vacation or barbecue is over, to smile once again at remembering cherished shared moments together.