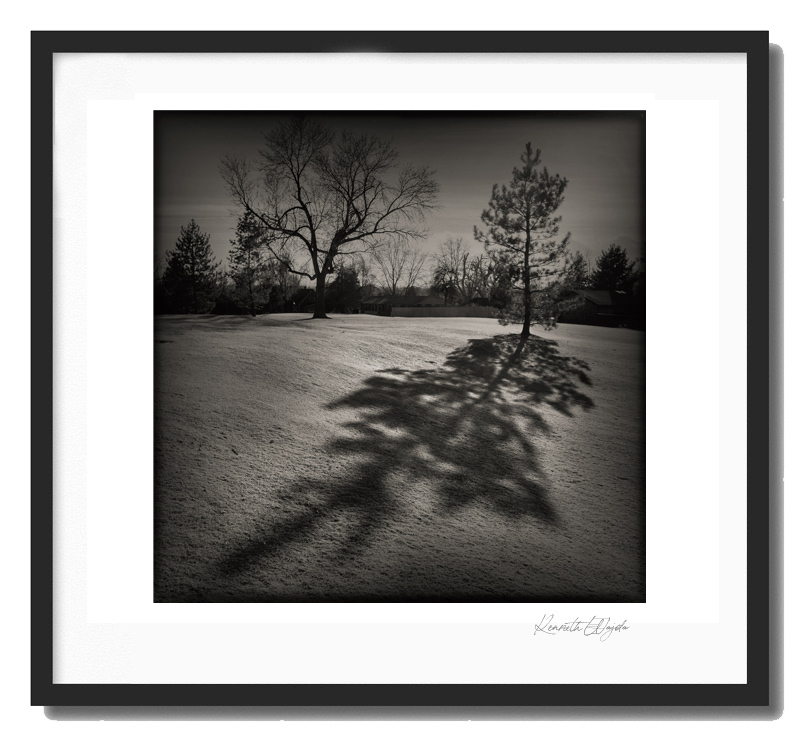 We all wear two hats, one as a creative and one as a marketer.

In days of old, we would create a body of work, photographers would be able to work on a project and keep the creative hat on until completion. They wouldn’t be stepping back and forth between worlds because they couldn’t get instant response. The time now was to make the work. To create. The time later will be to see how to display it and whether any of it sells/resonates/gathers an audience.

Now, we put things on Instagram and Facebook as we’re working. We get feedback when the project is still in progress. What if there isn’t much response? “Maybe they don’t like it. Maybe I should change my approach? They liked that one image, I’ll do more like that.”

Has the merging of the two hats helped or hindered our progress? Digital photography is an instant gratification medium. We don’t have to wonder how our photograph “turned out”. We just saw it on live view, all done.

But am I gratified? Am I happy with the feedback so quickly? Does it make me a better artist?

In the film days, there was anticipation, even the ability to step away from the work for some time to become unfamiliar with it before working with it. Garry Winogrand kept baggies of undeveloped film of his street photos and waited a year to process the film so he could look at the photos later without the emotional connection of just having made them.

How are we supposed to get past the marketing count when the numbers report is always in front of us? Marketing just won’t leave us alone. It’s all stats all the time.

When the tv show Seinfeld first premiered, it aired for several weeks with little audience before it found its groove and audiences found it. If it were on today, it would be canceled before it ever got a chance to take off.

It seems to me there’s a time for creating, being in the zone with the muse, not worrying about the outcome but enjoying the embracing the process. Losing ourselves in the art, that place where time stops and we are just being and making our art, photographing, painting, writing, making music, whatever it is. I was in it last weekend when I was walking around with the Rolleiflex making street portraits, I was completely there and there was nowhere else I would have rather been. That kind of getting lost in the art, I think there’s something to that.

But is that less possible now with the digital world popping up constant notifications about the “success” of our work? It would seem that all the stats have to have an influence on the work as a result. And not necessarily helping artists develop their work like they might have.

My blog posts have a small audience. I don’t write for the stat count. I write about things that I care about, things that resonate with me. I’m not here for the numbers or I’d be talking about the latest and greatest bit of gear, which is the topic that gets the most views in the photography world.

And I embrace the film camera because it keeps me one step away from that instant…it’s not gratification. Call it feedback, instant feedback, which I’m not ready for during my creating time. “Just let me work!”

Want to support my shows? You can, just visit this link at Paypal, or go to SupportKenneth.com to add your monthly contribution to keep the lights on!

Check out my YouTube Channel of Photography Talks: my 6×6 Portraits Blog (you’re here) and my Daily Photography Podcast. Thanks!