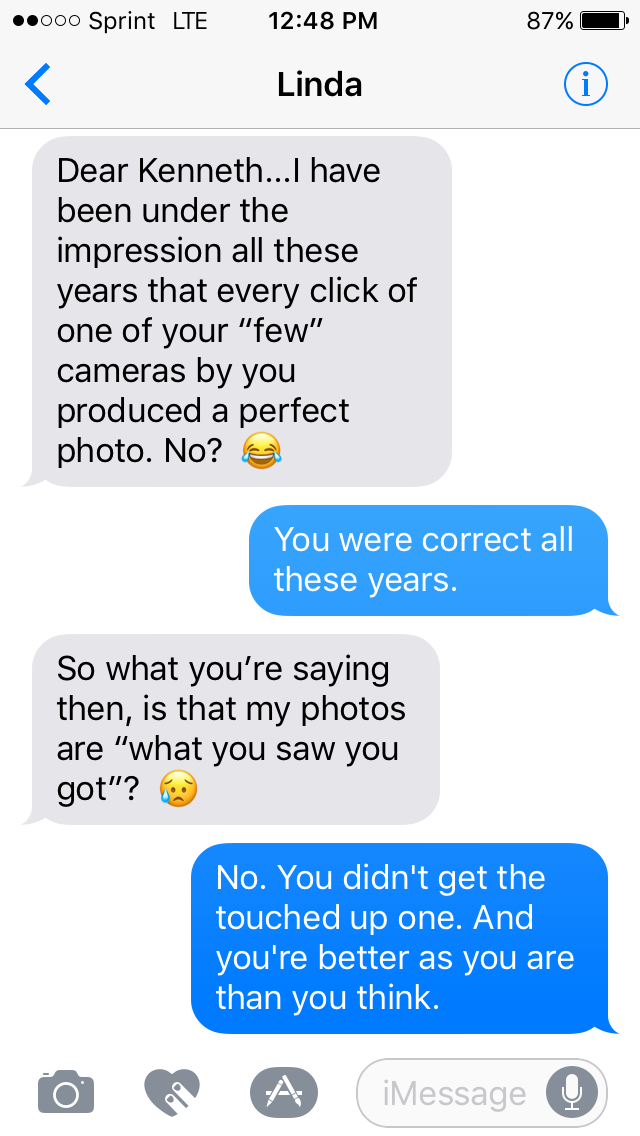 I traveled across the U.S. last month to a photo shoot in Washington D.C. (drove so I could bring a full studio to the conference) and on the way back, I photographed my partners’ Mother and brother at breakfast during a stop in Cincinnati.

When I sent them the photographs, her Mother said…well, I’ll let you read what she said: 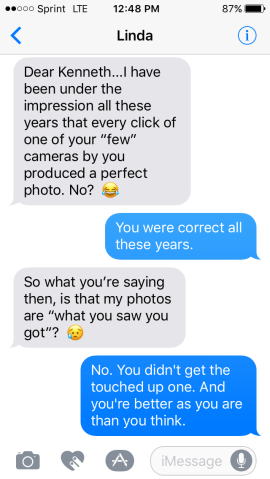 Mirrors lie.  Every day.  All we’ve ever seen of ourselves is a misrepresentation–our hair is parted on the wrong side, we look exactly opposite how we really look. 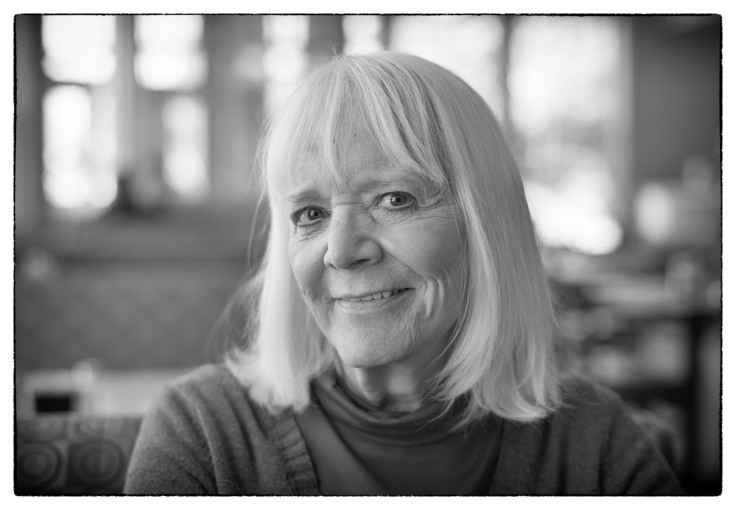 Because it’s a mirror image.  Our face is flipped.

And so, our perception is that we look odd when we see ourselves in photos.  Ever notice our friends look okay, because we’re seeing them the way we always see them, but we always look wrong somehow?

Because the camera sees us right, not flipped.

It’s a simple thing to flip the image so that the person sees their photo as they’re used to seeing themselves.  To make it so they like their photo better.

But the bigger lie is that a face, as it ages, needs to be retouched.  Needs to be Photoshopped.  It doesn’t.

It goes for you and me–“You’re better as you are than you think.”

I just finished a big shoot for The Wise Photo Project, a national project where I photograph seniors at senior centers–the elderly wise ones, not the newly graduated.  I photographed over 60 people.  Beautifully aged faces and there’s not a wrinkle I would change.

The photographs capture their amazing faces as they are.  They are truly beautiful as they are.

Tell yourself, you’re better as you are than you think.  You really are.